Have you ever noticed how happy people are during the first few weeks of every New Year? I know I do. Sometimes, I will leave the apartment simply to secure a “thinking spot” at a popular hangout destination where I can not only write but “people-watch” as well. Upon some recent observations, I’ve noted an uptick in smiley faces and jovial camaraderie, which has peaked my wonder into what may be the cause. And after pensive review, I’ve come to realize how this special time of year is likely a big part of the reason.

We may not know everything there is to know about hope, but one thing we likely do know is happiness and hope have a fairly proportionate connection. As one is hopeful, he/she is respectively happy. Seriously, have you ever encountered a hopeful person who drooped with depression? Probably not. Why? Because most people who are hopeful about the future are not defeated by their present…maybe they are even in a state of current contentedness.

Speaking of the present, it’s officially 2014 (i.e. ‘tis the season for resolutions, wishful thinking and dreams about skinnier, wealthier and more popular living). And with the change in calendar comes the prospect of starting our own individualized journey to a better life now! I mean, why wait? It’s not like time is separated from a secular culture that is driven by an “In with the new, out with the old” philosophy. After all, we have to embrace what we can’t control, right? Considering we live in a culture driven by constant change and any means able to sustain the motivation needed to make it happen.

Think about it this way: We live in a Taco Bell world, where the driving message behind every corner is: “You gotta live más!” (i.e. You aren’t really living unless you’re grabbing a bull by the horns, hitting the ball out of the park or capitalizing on a burst of spontaneity in some way).

On the surface, this slogan makes a good deal of sense, as there is genuine merit in breaking out of a comfort zone and taking on a new experience. The problem is we have little to no idea on how to achieve this the right way, or rather yet, the full way.

Yes, living más may sound good and all, but what does it really mean?

For example, we may be inspired to exercise more or eat healthier, but is our aim a healthier lifestyle or to simply look good and accrue “cool points” among our peers?

Truth is: God genuinely wants us to live más; however, if our motivation is superficial, then the change we’re so hungry for will be too.

Truth is: Christ is everything to making the right change happen the right way. Why? Because as John 10:10 and Acts 17:28 state, “[He has come so] that [we] may have life, and that [we] may have it more abundantly…in Him we live and move and exist.” And by abundantly, Paul is talking about an exceeding abundance (Ephesians 3:20) that far exceeds our expectations and anticipations in constant, overflowing fashion. And if He’s the only source of the change we’re looking for, then it’s imperative to be connected to Him.

Think about your cell phone. It has many awesome apps and can link you to anything you want to know about the universe. However, without a charge, the phone will die. It’s a mathematical and technological certainty. In order for your phone to be the phone it’s supposed to be, in order for your special, little communication box to function properly, your phone has to be regularly plugged in, daily connected into its source of power to receive the charge it needs. 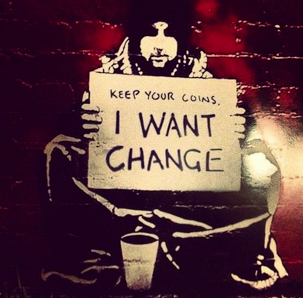 Question is: What is your source of power? You can’t change without being connected to the right source. Without the right source, your mission to change will eventually die. It’s not that God doesn’t care. Good intentions are all well and good, but we have to allow them to grow beyond intentions and allow God to fulfill his desire to build on and complete them. He simply wants to open your eyes and calibrate your understanding to His grace (which allows us to see how good intentions by themselves can’t sustain us or lead us to where we want to go). Unfortunately, this is why so many are ignorant to knowing how to change the right way because they don’t know the right source.

There’s an old saying that claims “The road to hell is paved with good intentions”. What do you think this means and how does it apply here? Also, what do you think about Jack Black's quote on #Yolo being the stupid man's version of carpe diem ("seize the day")? If the message behind #Yolo harps on "you only live once", so do whatever feels good in the moment, what do you think the difference is between "carpe diem"/"living más" and "#Yolo"?

Regardless of what we pursue, God is pursuing us relentlessly, seeking a generation who will know He is the only true source of everything we need. The reason why God doesn’t want us to depend or rely on any other source is because He doesn’t want us be discouraged or disappointed. 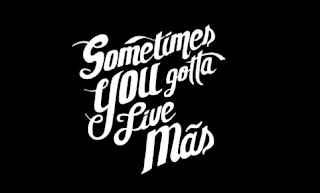 With Christ, we can know sustainable change when our foundation is rooted in God, in the word and truths of His ways. But without Christ, a self-empowering pursuit will only lead to discouragement and disappointment once the results we crave fail to materialize. Furthermore, without Christ, we can’t encounter His strength necessary to endure hardships and setbacks. Without Christ, it’s impossible to live más in a sustainable way.

Think about what God sustains in each of us. It is estimated that as adults our bodies contain sixty trillion cells that have all been carefully organized to perform life’s various functions in harmony. Our brain contains ten billion nerve cells. Each brain nerve cell is connected to as many as 10,000 other never cells through the body. Our body has so many blood vessels that their combined length could cricle the planet two-ad-a-half-times. Our tongue has about 6,000 taste buds. Our nose can recognize up to 10,000 different aromas.

God also customized each of us with our own special DNA blueprint, which is contained within every single cell. It has been estimated that if our individual blueprint were written out in a book, it would require 200,000 pages. And God knows every word on every page! How awesome is that!?!

Now in this day and age, wisdom (or rather mirages of wisdom) is painted on a canvas of superficial hope and colorless sentimentalism, proclaiming the idea that anyone can alter the course of the future by simply changing an attitude.

The problem is without God in the equation, no one can have the right attitude or experience real change for the right reasons. Although the world may advocate certain accuracies, such as it’s not wise to change for oneself, someone else or to flee reality and adversity, it runs into a “Budd-ish” wall when it begins harping on self-enrichment (i.e. the idea one can obtain a ‘certain power’ when opening up to others and learning to understand them and their situations better).

But we are exhorted in Proverbs 3:5-6 to not lean our own understanding. The major setback of this is that you are your own filter, how you see and understand is based on what has formed your perception. When we rely on God and apply his filter, we are equipped with a filter that sees and knows much better than we do in our natural mind.

Power Up: While intentions can be good, they can only be great when they are submitted unto the Lord. So let’s not settle for less, when we can take living más to an entirely deeper level: by remembering how incredibly blessed we are to be connected to a God who is for us, who knows our blueprint, who is the reason for our hope and who is invested in the change we desire. In Him, we can do all things.

The Virtue of Vertical Gratitude 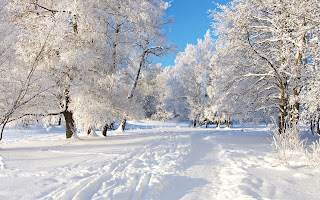 Finding the balance between sacred & secular.

New on His Girl Fryday...